skip to main | skip to sidebar

MIRI: More protests and blockades have flared up all over Sarawak following escalating land disputes between natives with the state government and timber and oil palm companies.
On Wednesday, a series of simultaneous anti-logging and anti-oil palm plantation blockades happened in five different locations in northern Sarawak: Simpang Empat, Long Bangan, Long Belok and Long Nen in ulu Baram district and in interior Suai in the Niah district south of Miri.
The sudden flare-up in the number of simultaneous protests has made it difficult for even the environmental activists to keep track.
The protests in Ulu Baram are against four timber giants while those in Niah are against an oil palm consortium.
In Ulu Balingian in central Sarawak, another major protest is also being organised against an oil palm project.
In Kuching, a group of Penans staged a peaceful demonstration in front of the Chief Minister’s Office, to hand over a memorandum to protest against the construction of the Baram and Murum dams in northern and central Sarawak.
As at 2pm, they failed to hand over the protest note to Tan Sri Abdul Taib Mahmud.
In northern Sarawak, anti-logging protests by the Penans in Simpang Empat, Long Bangan, Long Belok and Long Nen resumed after another attempt by Telang Usan state assemblyman Lihan Jok to find a peaceful solution failed.
There was a previous meeting three weeks ago that also failed.
The Penans in Ulu Baram are trying to stop logging in jungles that they claim belong to their ancestors.
In interior Suai in Niah district, some 100 plus Penans and other natives living in Suai staged a blockade across a road leading into an oil palm estate measuring some 20,000ha.
A protester named Jadam said villagers were angry that the oil palm company continued to bulldoze its way into areas where the natives have customary rights status.
It is learnt the company had sent two senior managers to negotiate a peaceful settlement with the Suai natives.
In Ulu Balingian, some 500km south of here, a major protest that was supposed to be staged Wednesday, will instead be held within the next few days after a group of villagers decided not to go ahead with their protest yet. The Star
Posted by blacktop at 9:57 AM 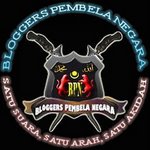